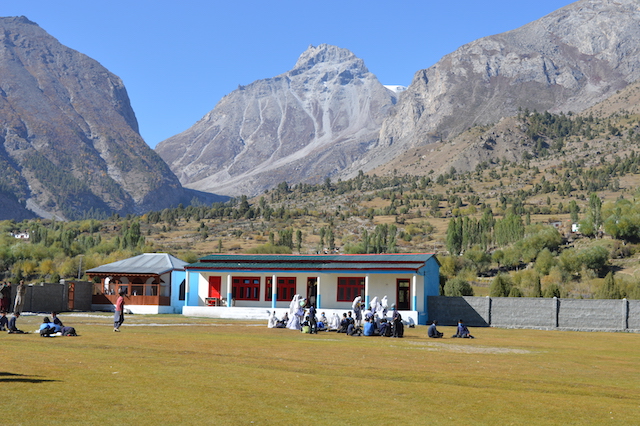 2020 Success Stories: Our investments paid off and dreams came true.

Not only have we been a leading organization in reaching out-of-school girls in some of the most hard to reach areas of Pakistan, but we’ve won the fight against corruption, and aided in the government becoming more accountable and responsible in providing educational services to underserved communities. Here are a few examples of how our model has worked:

This past year in the Ongbo Soq community, the government built a 4-classroom school. Seven years ago education did not exist in the village. At the community leader’s insistent request, in 2013 Iqra Fund partnered with local community leaders to establish a first ever school for girls and boys. Classes were held in a villager's home, led by Iqra Fund’s well trained and monitored teachers. We worked with the community and local government to strengthen communication, and soon the community’s school was recognized and now (partially) supported by the government.

A similar story unfolded downvalley in Doghoro village. In 2012 Iqra Fund partnered with the community to first hire and train teachers, with classes held in a community building. After two years of student academic success and community enthusiasm, we shared cost and labor with the village to build two classrooms. Last year the government stepped up, building an additional classroom, and hired three more teachers,  increasing the grade levels from a primary school to include a middle school. This coming year the government plans to build six new classrooms, becoming the area’s first high school!

Our partnering communities have learned to leverage support not only from the government, but from other funding sources as well. In another underserved district in Baltistan, in the remote Basho Valley, Iqra Fund began its partnership in 2014 by hiring four teachers and enrolling a few hundred students in school. Motivated by the quality of teachers and student successes, the community mobilized and built five additional rooms by gaining local donor support because of their students’ successes.

There are many more stories like these. Our communities are gaining recognition by the government for their hard work and dedication to their children’s futures. And they are finally receiving what should be a basic human right for all of our children: access to government-provided primary school education.